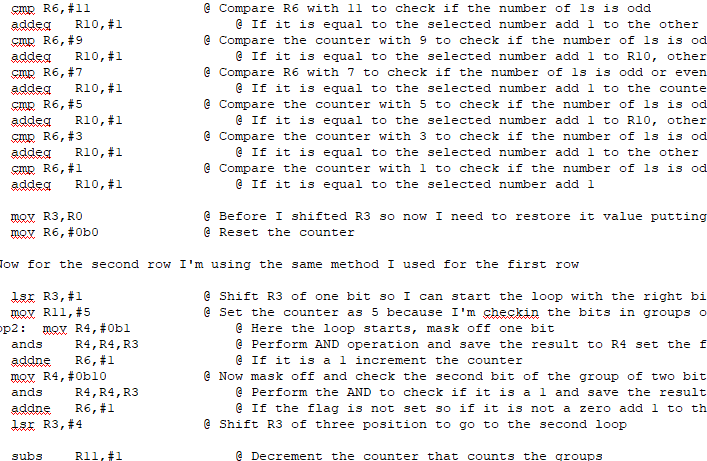 During this year, I also learnt Assembly, another programming language creating four programs after having studied computer architecture in semester 1. The first semester I studied some historical facts for an architecture background and computer architecture with raspberry pi understanding how every piece of technology physically works with gates and the hardware. On semester 2, I started learning Assembly language using the raspberry pi creating four pieces of coursework. For the first one, I had to write a subroutine that generates three check bits assuming even parity. Passing a 4-bit word, the output should have been a 6-bit word. The second coursework required me to write a subroutine that corrects a single corrupted bit assuming even parity. The third was more complex and required me to write a subroutine called “generate16” which generates five check bits assuming even parity. A 16-bit word is passed and the output of the program is a 21-bit word. The last coursework was a subroutine that corrects a single corrupted bit returning a 16-bit word from a 21-bit word. The code is available only on request.